Social Hero Foundation’s (SHF) initiative Iskandar Malaysia Social Hero Awards (IMSHA), with their Winners Network of around 60 Non-governmental organisations (NGOs) and 60 Non-governmental individuals (NGIs), quickly saw many of their Hero organisations and individuals from the IMSHA Winners Network mobilising aid to help disadvantaged communities such as the poor, the stateless, the homeless and refugees in the city.

The aid rendered is in response to the Nationwide Movement Control Order (MCO) from the 18th of March in an effort to curb the spread of the COVID-19 pandemic.

The foundation has published their first report on the work being carried out by the heroes for the first and second phase of the MCO from the 18th of March till the 10th of April 2020. There will be a follow up report after the MCO period as well.

The report aims to create awareness as well as the financial impact undertaken from the NGOs and volunteers.

“Our winners have done phenomenal work during the MCO period. Not only have they worked hand-in-hand with government bodies to provide much-needed aid, they have also played a critical role in closing the gap of disparity by collaborating effectively with each other. The synergy and pooled resources has enabled them to serve the needs of those who may otherwise have been left in destitute,” said Thanam Visvanathan–Suresh, Chairman of IMSHA.

The report also provides a moving forward strategy in the form of a Humanitarian Response Plan. The plan proposes a collective intelligence approach with data sharing and a Support Fund to raise finances to address immediate needs.

The United Nations Sustainable Development Goals (SDGs) have been included in this awareness report to emphasise the need for purposeful partnerships. 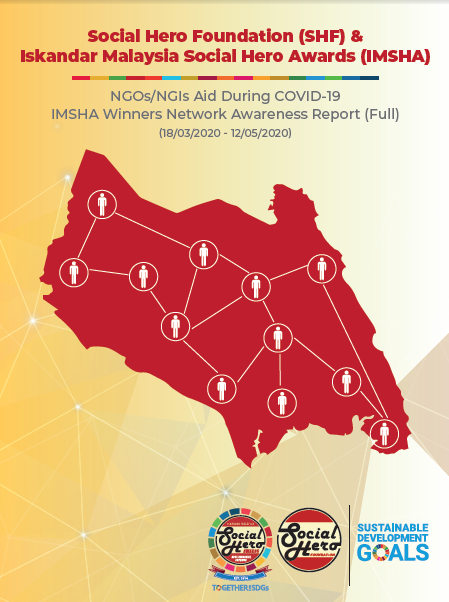